By Coolbuster
April 07, 2015newsviral story
A 15-year-old boy from Cabuyao City in Laguna, who is said to be suffering from a bone illness, is allegedly asking his parents to kill him. 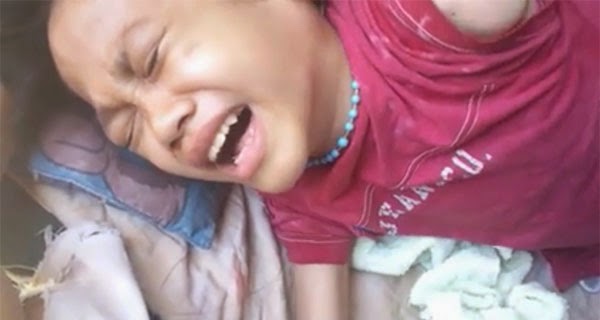 Euthanasia is the practice of intentionally ending a life in order to relieve pain and suffering. In most cases, it is carried out because the person who dies asks for it.

Details have been sketchy, but reports coming from Facebook pages frequented by overseas Filipino workers (OFWs) identified the teenager as Melvin Inocencio, a resident of Southville 1 in Baragay Niugan, City of Cabuyao.

He is reportedly suffering from tubercolosis of the bones, which attacks the spine and weight-bearing joints. According to the Merck Manuals Online Medical Library, hands, wrists and elbows often are affected and the type of pain depends on the exact location of the disease.

An internet news site published an article saying the patient is suffering from bone cancer, although it was never mentioned in the FB posts that are asking for help.

Melvin's parents, according to a certain Kuya Pio, one of the administrators of the OFW Kapit-Bisig sa Middle East community page on Facebook, are Benjamin "Benjie" Inocencio, a carpenter, and Bella Inocencio, an OFW in Pakistan.

On March 29, Melvin was confined at Laguna Medical Center (LMC) in Sta. Cruz. Based on the posts, it can be understood that from April 2 to present, the boy was already at home. However, there have been messages from employees of the provincial government who expressed willingness to help and it is possible that he was already admitted to a hospital.