Melai as Rihanna should have won instead of Maxene Magalona?
🔍

Home / news / showbiz / trending topic / video / Melai as Rihanna should have won instead of Maxene Magalona?

Melai as Rihanna should have won instead of Maxene Magalona?

By Coolbuster
April 26, 2015newsshowbiztrending topicvideo
Melai Cantiveros impersonated Rihanna in Your Face Sounds Familiar. After the verdict, viewers turned to Twitter to say the comedienne should have won this week instead of Maxene Magalona.


Here's a video of Melai performing "Umbrella" on Sunday, April 26: 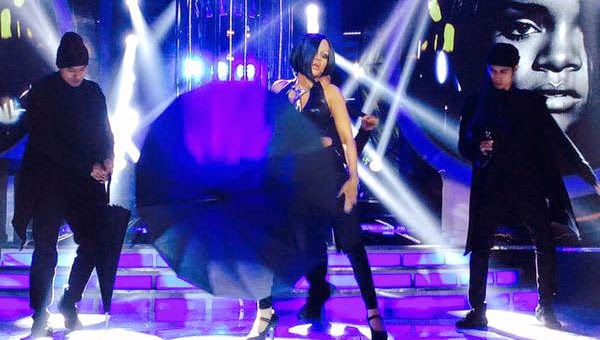 In the following video, Maxene brought her father, Pinoy rap legend Francis Magalona, back to life.

During the show's episode on Saturday, April 25, she was able to hold her emotions while performing "Mga Kababayan Ko" but shed tears afterwards.


Maxene won the competition this week. However, some disgusted social media users complained of the result saying Melai was more deserving to be proclaimed winner.

Here are some tweets about the trending topic:

Melai should have won, very disappointing result for #YourFaceSoundsFamiliar

Today is one of those days where u really wanna stab someone in the eye with a fork...nakakalokah kayo #Melai #YFSFShine

For us ur d winner melai 👏 next week will impersonate jay of kamikazee :) support melai all d way :)

Truth be told Melai nailed it. Don’t wanna sound disrespectful but Maxine’s performance was so-so. Winning it was just paying respect to FM.

In my opinion, Melai is more deserving to win than Maxene. If you will base it on how they perform Melai deserves the spot #YFSFShine

Melai and Maxene were among the top trending topics on Twitter on Sunday night as netizens argue on the voting result on Your Voice Sounds Familiar.