Popular showbiz news and gossip blog Fashion Pulis was first to notice the alleged hacker's post at 12:35 p.m. on April 6, comparing the manhood of Angelica's present and past boyfriends John Lloyd Cruz and Derek Ramsay, respectively. 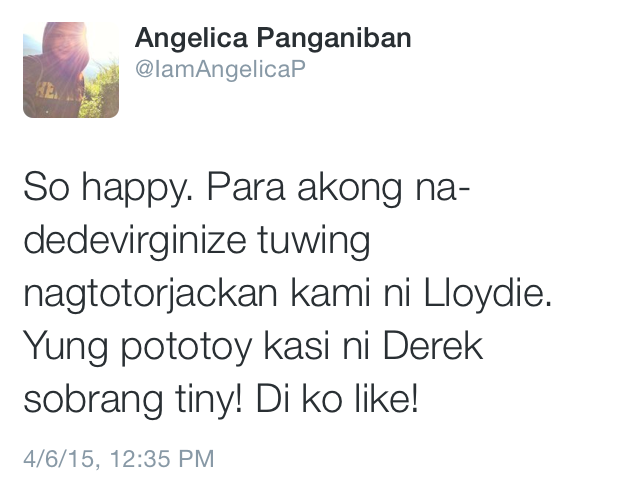 It seems hacking of celebrities' accounts on social networking sites is becoming a trend.

Earlier, we reported about the hacking of teen actor Daniel Padilla's Instagram account allegedly involving one of his friends identified by KathNiel fans as a certain JD Baltazar.