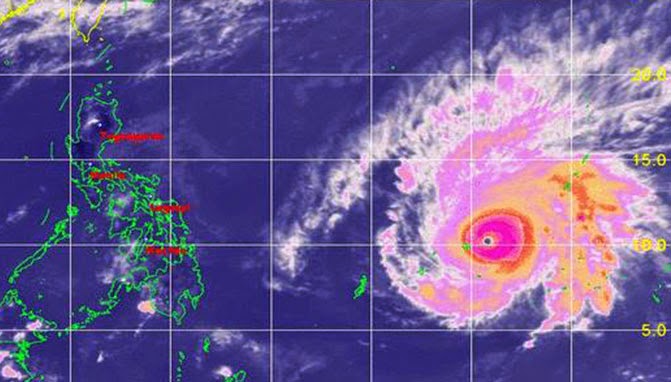 As of 4 p.m. Tuesday, March 31, the typhoon was spotted 1,690 kilometers East of Surigao City, Surigao Del Norte, with maximum winds of 175 kms per hour near the center and gustiness of up to 210 kph.

It is forecast to move West Northwest at 20 kph, forecasters from the Philippine Atmospheric, Geophysical and Astronomical Services Administration (PAGASA) reported.


Meanwhile, a Palace official said PAGASA as well as the National Disaster Risk Reduction and Management Council (NDRRMC) are on top of the situation as they anticipate the entry of Typhoon Chedeng into the PAR.

In a press briefing in Malacañang, presidential spokesman Edwin Lacierda said the two agencies will provide timely warnings. All the departments and agencies involved were already informed about the incoming storm, he said.

Lacierda noted that preparations are underway on the part of local government units in areas that will be affected and the Department of Social Welfare and Development (DSWD), which is responsible for the prepositioning of relief goods.

He assured the public that government response to Typhoon Chedeng has begun with the scientific monitoring of its path.