By Admin
March 17, 2015Entertainmentmusicvideoviral
SketchShe, a female comedy trio from Australia, is making waves in the internet with their parody video of Queen's 1975 hit "Bohemian Rhapsody."


Composed of Shae-Lee, Lana and Madison, the all-girl-group passionately performed the song inside a car. At first it looked like they were lip-synching but the sexy girl's voices can be heard later in the viral video.

The 3 minutes and 25 second clip, the speed of which was turned up a little bit to make the emerging YouTube stars look funnier as they literally interpreted the lyrics, already got over 16 million hits since it was published earlier this month. 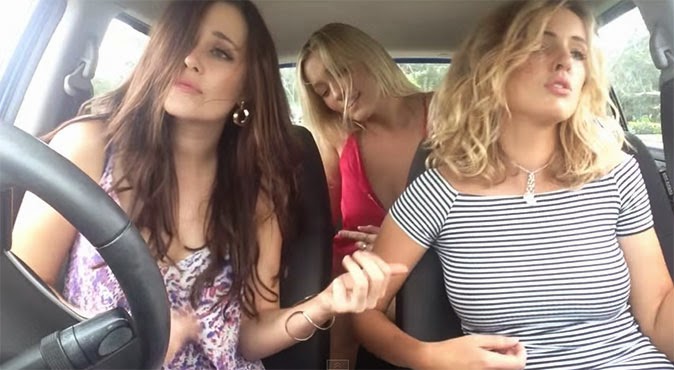 In an interview with NY Daily News, one of the girls said: "It's an incredible song for having so much variety, one moment it's in the depths of heartfelt emotion the next you are rocking out with your best air guitar and head banging you can muster."

"Bohemian Carsody by SketchShe" became even more popular after Queen guitarist Brian May noticed the video and shared it on Facebook.