According to the grapevine, eighty aspiring housemates, most of whom are friends of celebrities, are being screened.

A netizen said the alleged story came from those who "attend acting workshops at ABS-CBN." 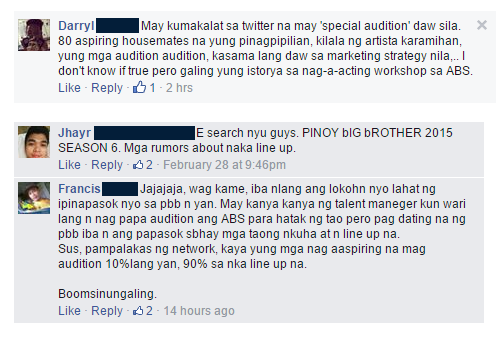 The Facebook page "Pinoy Big Brother 2015 season 6" could be the source of wrong information as it claimed to have chosen a certain "Rhea Jane Narvaja of Bukidnon" and one "John Maglalang of Quezon City" from the "first batch" of auditionees.

Auditions for the regular and teen editions of the much-awaited reality show have not started yet. Kick off is set to take place at Araneta Coliseum on March 6 and March 7, respectively. 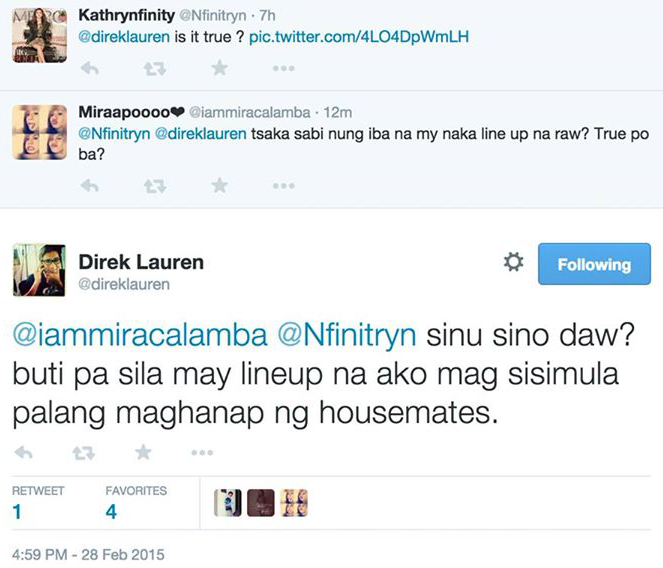 In his response to two Twitter users who brought up the issue, the network executive asked for names and pointed out that he has yet to look for new housemates.

He added that people who claim there already is a lineup "should at least show proof" to be credible.