By Coolbuster
March 06, 2015healthnewsphotoviral
Rumors that oranges injected with blood containing HIV/AIDS virus were transported to Algeria from Libya are circulating via social media.


A collage of photos that show an orange cut into several slices with one having a discolored portion is spreading virally on Facebook.

The immigration services of Algeria recovered a large quantity of these oranges coming from Libya. These oranges were injected with positive tested HIV & AIDS blood." 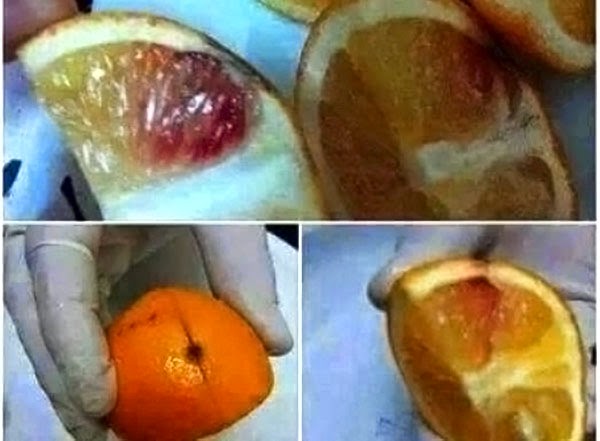 Credible hoax debunkers found out that the viral photo has been making rounds since it surfaced on forum sites last December.

The claim that oranges are being used to spread the HIV/AIDS virus is illogical since the virus cannot survive outside the human body.

Except for rare cases in which children consumed food that was pre-chewed by an HIV-infected caregiver, HIV has not been spread through food. The virus does not live long outside the body. You cannot get it from consuming food handled by an HIV-infected person; even if the food contained small amounts of HIV-infected blood or semen, exposure to the air, heat from cooking, and stomach acid would destroy the virus."

The photo collage is fake and is, therefore, no cause for alarm.