One Direction to perform in Manila without Zayn Malik

By Admin
March 20, 2015newsshowbiztrending topic
One Direction is set to arrive Saturday in Manila, Philippines, for their two-day concert at the SM Mall of Asia (MOA) Concert Grounds minus 1 member, Zayn Malik.


Yes, you read it right. The 22-year-old singer won't be at the Manila leg of the British boy band's "On the Road Again" world tour, Inquirer.net reported.

"Zayn has been signed off with stress and is flying back to the U.K. to recuperate," publicist Simon Jones told the Associated Press on Thursday. 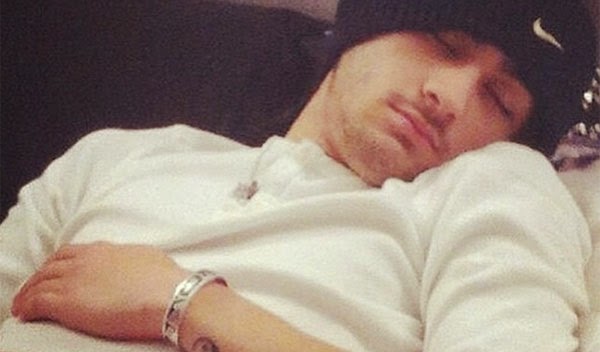 One Direction, however, will pursue with their show even without Malik, who is said to be having a rocky relationship with his fiancee, Little Mix band member Perrie Edwards, after he was spotted partying in Thailand with a woman, who was later identified as Lauren Rich.


On his Twitter account, Malik posted angrily: "I'm 22 years old ... I love a girl named Perrie Edwards. And there's a lot of jealous f***s in this world I'm sorry for what it looks like x"

Besides the rumored love problem, another possible reason that added to the stress is the drug use issue.

Earlier this week, the Bureau of Immigration (BI) required a P400,000-cash bond for both Malik and co-1D member, Louis Tomlinson. A video of the two apparently smoking marijuana inside a car during a tour in Peru went viral online last year.

The bond requirement was BI's response to the call of anti-drugs advocates to strictly scrutinize Malik and Tomlinson prior to granting of work permits so they can perform before their Filipino fans. The money will be forfeited if they use illegal drugs during their stay in the country.

Following the announcement that Malik won't be coming to Manila, netizens began to wonder what adjustments the other members of the all-male group—Niall Horan, Liam Payne and Harry Styles, as well as Tomlinson—will make.

Some jokingly said on Facebook that the organizers should issue a 20 percent refund because One Direction will be incomplete.