By Admin
March 10, 2015Entertainmentvideoviral
Carly Rae Jepsen's latest single "I Really Like You" has taken the internet by storm. It's a nice song plus Tom Hanks and Justin Bieber are in the music video.


The veteran Hollywood actor, best known for his roles in movies such as Philadelphia, Forrest Gump, Apollo 13, Saving Private Ryan, Cast Away, and The Da Vinci Code among many others, is the star of the music video from start to finish.

In it, Hanks lip-syncs Carly Rae as he does home routines and deal with random individuals in the street—greeting, meeting, taking selfies with them—while on his way to a shoot with the 29-year-old Canadian pop star. Carly and Justin, who share the same manager Scooter Braun, Hanks' friend, join the actor-comedian later for a choreographed dance number with a group of people.

As of today, the music video already got almost 5 million views. Even without Hanks and JB in it, we believe the song will still become a big hit as the lyrics, most particularly the chorus, stick in the head once you listen to it. In other words, Carly Rae Jepsen's new single, "I Really Like You," causes what music lovers call last song syndrome. 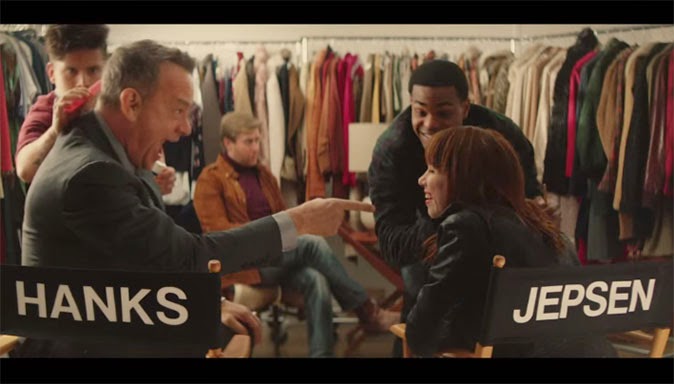