There's no question when it comes to talent as many Filipinos are known to be worldclass singers. What's amazing is that these two were able to produce an awesome cover despite being in separate locations.

JA is in the Philippines while Rovs is living in New Jersey. This is the reason why they call the video an "LDC" or long distance collaboration.

Their own rendition of the soundtrack from the movie "Crazy Beautiful You" starring teen superstars Daniel Padilla and Kathryn Bernardo has already garnered thousands of views on Facebook since it was posted earlier this month.

In one of his comments, JA expressed gratitude to netizens for listening to and sharing their cover song. He thanked everyone for giving them a chance to be discovered.

Here's the J&R cover of "Nothing's Gonna Stop Us Now": 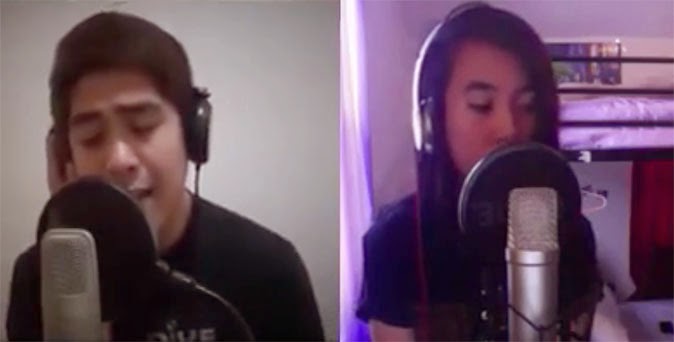