By Admin
March 13, 2015how tonews
Interior secretary Mar Roxas said Friday that the Board of Inquiry (BOI) report on the Mamasapano encounter will be available for download.

Magalong said they will also provide Espina a powerpoint presentation of the BOI report. He said the BOI would likewise furnish copies of its report to offices of the DILG secretary, Senate, House of the Representatives, Ombudsman and Department of Justice.

Roxas held a press conference before noontime on Friday. He said each page of the probe report is signed by members of the BOI. 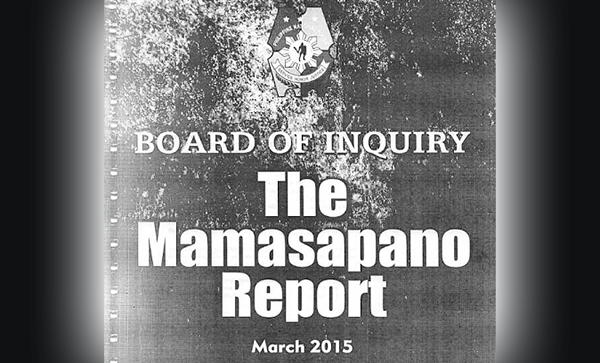 The interior secretary reportedly said that resigned PNP chief Director General Alan Purisima, who has been suspended by the Ombudsman before the January 25 Mamasapano clash, is liable for the bloody operation that led to the death of 44 troopers of the Special Action Force (SAF). He said Purisima did not pass the chain of command to Espina and him.

Roxas categorically stated that the President has no liability as he gave the guidance to coordinate with the Armed Forces of the Philippines (AFP) twice.

The DILG secretary told the media that a read-only copy of the BOI report on the Mamasapano encounter will be made available online today.