By Major Tom
March 25, 2015basketballsports
Basketball is earning him big money these days. It may not be in the NBA, but overseas he is making a big name for himself. 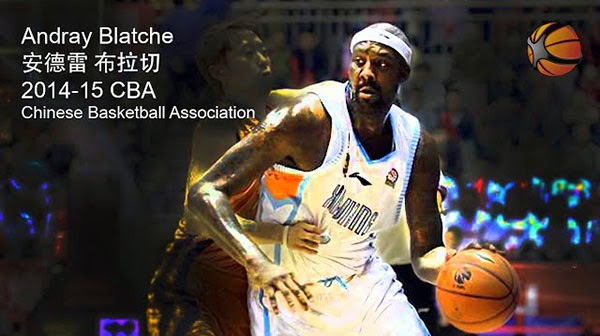 Former Gilas Pilipinas naturalized player Andray Blatche is back in the news. This time not as a part of the Philippine contingent, but for a different country.

As reported by NBCSports, Blatche inked a deal with the Chinese Basketball Association (CBA) team Xinjiang for a reported sum of $7.5 million for the next three seasons. That is roughly P322 million in total which is going to earn him about P107.5M annually.

In comparison, Blatche earned $1 Million for his services when he played for Gilas Pilipinas in the 2014 FIBA World Cup.

No interest to return to NBA for Andray Blatche, I've been told. His $7.5 million deal in China is guaranteed.
— David Pick (@IAmDPick) March 23, 2015

The deal with the Xinjiang Flying Tigers has been confirmed to be the largest in the Chinese league's history.

Blatche last played for the Brooklyn Nets in the NBA. Some of the teams who are reportedly interested in his services are the Miami Heat, Memphis Grizzlies and his former team.

Does this deal mean the Philippines can no longer acquire his services to play for its national team?