The 59-second video, which was shared by a certain Eddie Fat Cat to the Facebook group "Chaser Need Chubby," went viral on February 14, Valentine's Day.

In it, the two guys were doing some horsey-horsey. The horse and the jockey stopped and did not finish the race after noticing that someone was taking a video behind what appears to be a one-way mirror. 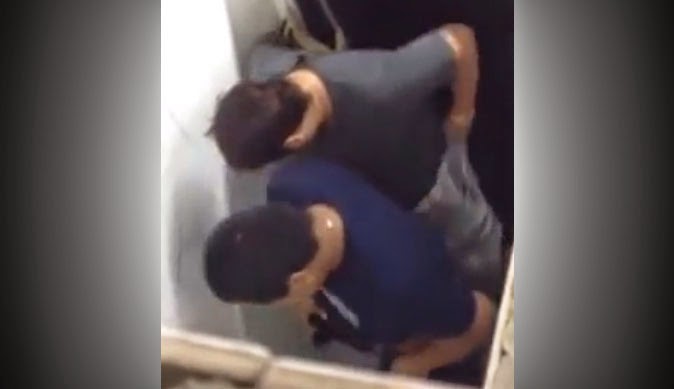 Rumors that the persons involved are Filipinos remain under a cloud of doubt since most of the group's members apparently come from other countries.

There's nothing wrong with the private act, especially if there was love involved. However, doing it in a public toilet is a different story. If someone pulls a smartphone then turns the camera on... you're done.