By Admin
February 02, 2015newsvideo
A traffic enforcer in Iligan City, who allegedly asked for money to forfeit a traffic violation of a foreigner-motorist, was caught on video.

The driver posted the video on Facebook last Saturday, January 31. 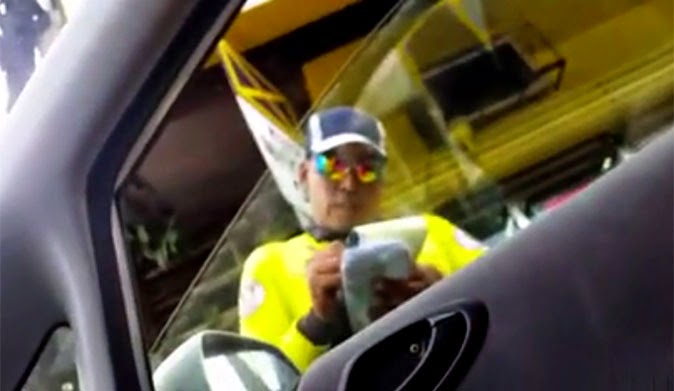 According to him, the traffic enforcer, who said he made a left turn on a no left turn lane, wouldn't leave them alone until they paid him P1,000.

In the video, the traffic enforcer can be heard giving his girlfriend instruction to put the money in a stub of citation tickets (temporary operator's permit).

Post by Eric Barr.
The foreigner shared that he's been driving all week and didn't have any problem on the road until that morning. His girlfriend said the incident happened at the time she was sending him off.

One of the driver's friends commented that she is "upset because this guy destroyed the image of the other good traffic enforcers."