By Admin
February 02, 2015Entertainmentmarriage proposalrelationships
Actress Toni Gonzaga and boyfriend Paul Soriano are engaged. In a recent interview, the director said the wedding will happen this year.

According to a report aired Sunday, February 1, on The Buzz, Paul proposed to his girlfriend at midnight, shortly after her 31st birthday.

Toni's parents and sister Alex were present when the director popped the big question, which she answered with an immediate yes.

Alex, who experienced a "meltdown," had to be called back after running away from the romantic scene. 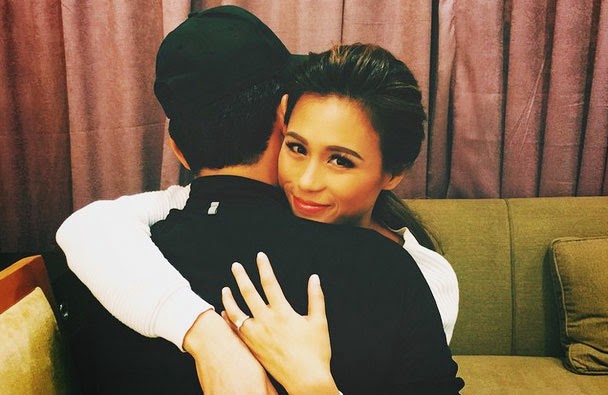 The actress was already on her sleepwear when the marriage proposal took place. She said Paul waited for seven years to do it.

Toni said during those years, he was her fourth priority—next to God, family and work—but the director never complained.

"He stayed. He proved to me that true love waits. So if he wants me to become his wife, hindi na siya 3rd priority. I will make sure he will be my only priority," she reportedly said. "Everything else is secondary."

Toni Gonzaga mulls of doing a romantic comedy movie with Coco Martin before she gets married while Paul Soriano vowed not to forbid her from continuing her showbiz career.