By Admin
February 02, 2015news
In the aftermath of the SAF44 'massacre', a misleading news and photo of alleged dead moro rebels "killed by scout rangers" has gone viral.

On Monday, February 2, a Facebook page posted what it claimed as "breaking news:"

A netizen belied the headline, saying:

Hmmmm.Sorry guys....the picture is true but the caption is misleading. Picture below is from The Maimbung Massacre. 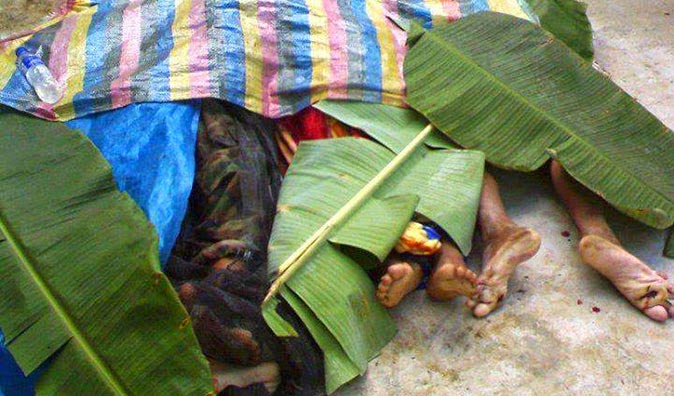 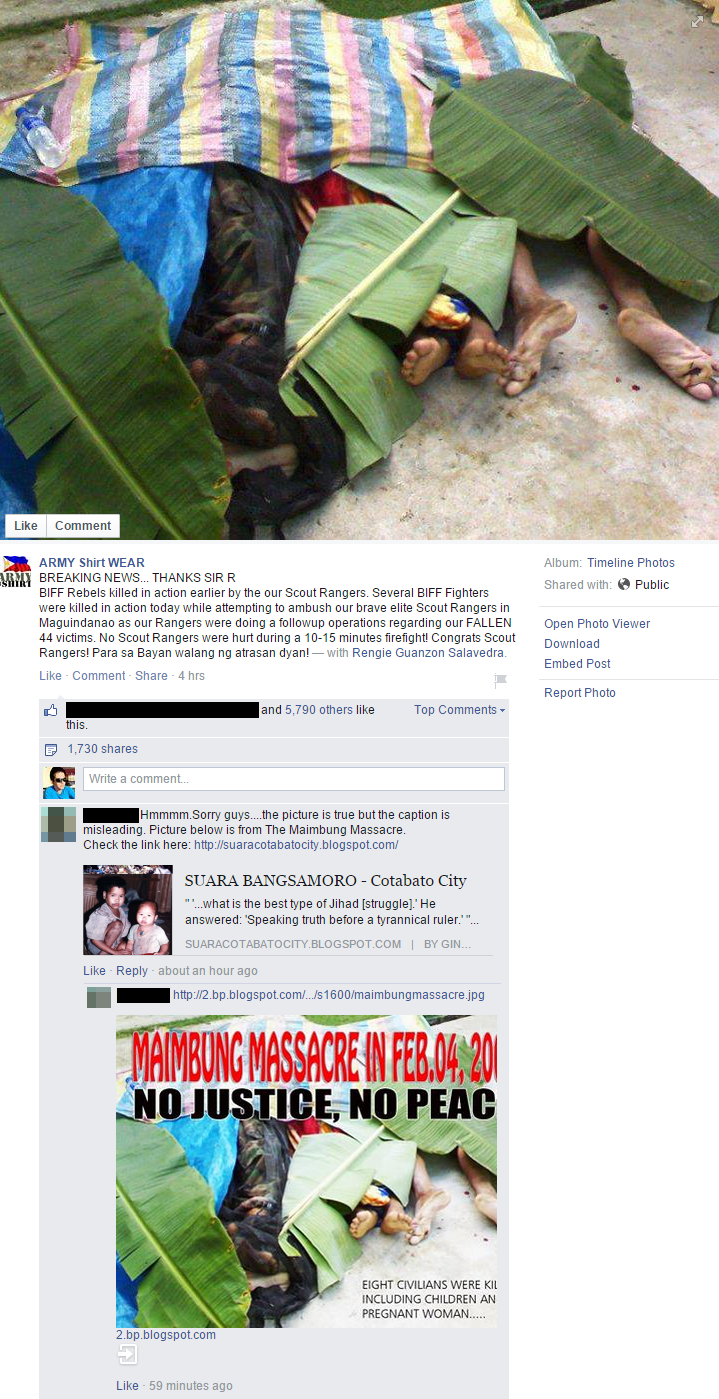 In this digital age, it's very easy for irresponsible persons to make up stories about the SAF44 and circulate propaganda to spark anger among citizens and social media users.

It's now up to the reader to decide on what to believe and what not to believe.