By Coolbuster
February 10, 2015newsvideoviral
Two drivers engaged in a fist fight in the middle of the street to settle a minor traffic dispute. A viral video has captured the road rage.


Motoring magazine TopGear Philippines captioned the video with an advise of sort, which reads:

If you think about it, some driver out there is willing to do this just to settle a petty motoring dispute. And spectators will even egg him on. So always keep your cool. 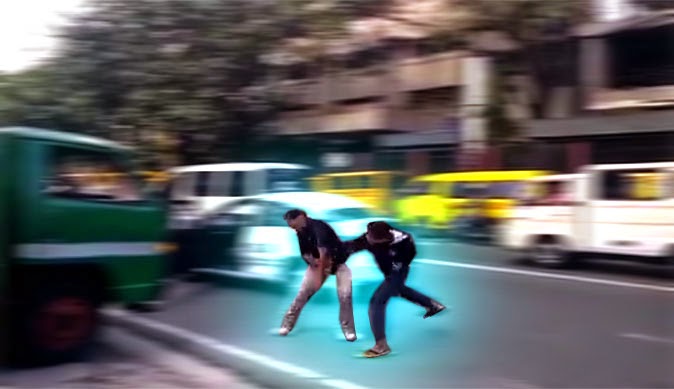 What caused and how the altercation of the taxi and van drivers started was unknown.

Netizens said it was a fight between the "educated vs uneducated," "sober vs aggressive," and "matured vs childish."

Facebook user Marco Canlas was looking for RR Enriquez and Jeck Maierhofer, the TV5 personalities who were bashed on social media for waking up a sleeping commuter, to honk on the street fighters. It was the best comment in the thread.