Bowles, who led the team to the 2012 Commissioner's Cup championship, replaced Daniel Orton, the controversial import who got fined P250,000 after calling KIA playing-coach Manny Pacquiao "a joke" and accused league officials of making a "mockery of the game."

Yahoo! Sports Philippines reported that the returning import was "originally measured by the PBA office at 6-10 and ½."

When Bowles was measured again Saturday afternoon in the presence of representatives from NLEX, Talk 'N Text, Alaska, and Rain or Shine, "he was officially tabbed at 6-foot-8 and 13/16." 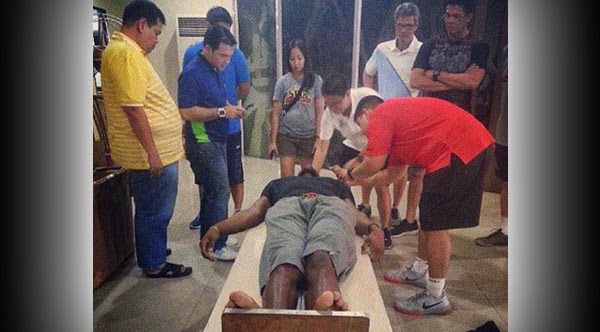 Bowles, a two-time Purefoods import, made the 6-foot-9 PBA height limit and was cleared to play for the team. The news about the decrease in the import's height quickly sparked funny comments from basketball fans.

One James said: "There's so much fun in the PBA...like shrinking of a player hikhik."

A commenter using Jerem as handle added: "If he was originally measured by the PBA office at 6'-10.5" before, that means he is officially 6'-10.5" tall. Why would they even do that - to remeasure him? What blatant cheating that is. Akala ko sa ligang pam-barangay lang ang gawaing pandarayang ganyan. I'm beginning to believe Orton that PBA is a joke. Haha!!! How do you explain Bowles' sudden shrinking commish?"

That was a valid question the PBA needs to answer.