By Admin
February 03, 2015newsvideo
The plane crash in Nasugbu, Batangas that killed two Philippine Air Force pilots, who were practicing for an air show, was caught on video.

A certain Brayl Maranan uploaded the video on YouTube over the weekend. He was watching the practice when the ill-fated aircraft plunged into the sea, about 300 meters off the shore in the village of Bucana. 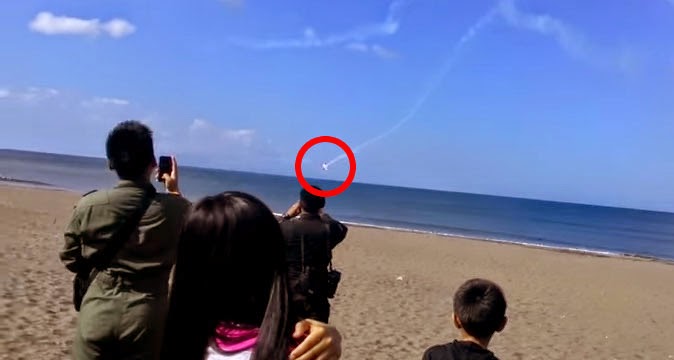 The downed aircraft was an SF-260FH, a two-seater high-speed and aerobatic trainer plane.

It took off from the Fernando Air Base in Lipa City at around 9 a.m. Saturday for a training mission and practice for a scheduled exhibition flight during the Liberation Day celebration in the province.

The PAF spokesperson identified the pilots who both died in the crash as Captain John Bayao, the instructor, and Lt. Al-Nazer Jana, his student, Inquirer.net reported.

An investigation to determine the cause of the plane crash in Nasugbu, Batangas, is reportedly underway.