By Admin
February 11, 2015newsvideoviral
The latest graphic video, which was uploaded on Facebook by a certain Even Demata, shows the actual brutal killing of a SAF commando.


In the six-minute video, a trembling man in uniform who was fighting for his life was shot twice in a cornfield in broad daylight. After killing him, the gunman went away and took the battle gear of another slain officer. 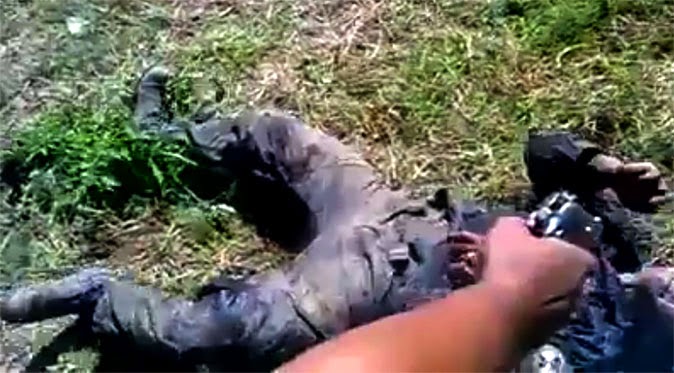 In a hearing conducted by the Lower House on the Mamasapano incident, P/Supt. Rey Arino of the 55th Special Action Company of the Philippine National Police (PNP) confirmed that the man who was shot to death was a comrade, although he refused to give a name.

Various reports on news websites and social media identified the slain SAF commando as PO1 Joseph Sagonoy. It was confirmed by his younger brother in a phone interview with Inquirer.net.

James Sagonoy, who is based in Northern Samar, reportedly said his relatives called to inform him about the video. He asked them to download the video and save it in a flash drive.