By Coolbuster
February 17, 2015newsphotoviral
Photos of a giant statue that looks like an RX-78-2 Gundam at Jed's Island Resort in Calumpit, Bulacan are making rounds on social media.


According to the blog site Gundam Guy, the recreation hub built statues of various cartoon characters among them an RX-78-2 Gundam with a "deformed look." 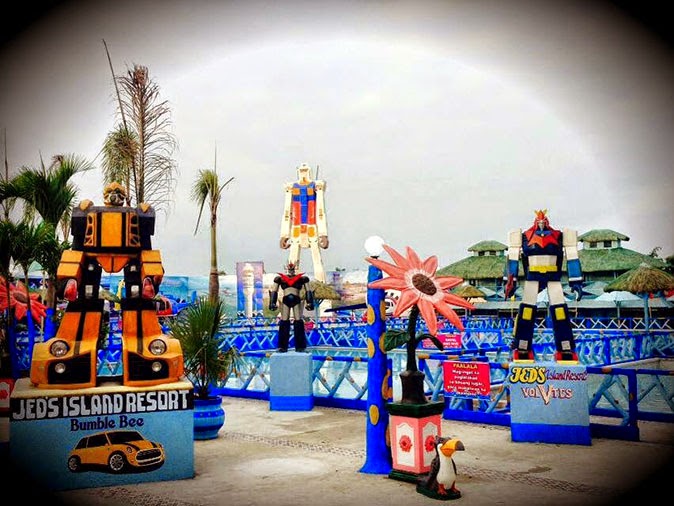 A netizen on Facebook described the statue as a "malnourished" Gundam. One even called it "Gundam Slender."

Some pointed out that the quality of the statue should have been given utmost consideration and not the size. Others said they believe that its form was slightly altered to avoid copyright infringement issues.

Despite the negative comments coming from mostly foreigners, Filipino netizens defended the resort saying the statue was "made for kids" and "not for the entertainment of adults."