Talented kids perform 'If I Ain't Got You'

By Admin
January 20, 2015Entertainmentnewsvideo
A video that shows two talented kids performing the Alicia Keys hit "If I Ain't Got You" is expected to go viral online in the coming days.

Posted on January 16 by social media marketer Paolo Cortez, the Youtube video features a male guitarist and a girl on vocals who serenaded passersby, some appeared to be mall shoppers, at a corner just outside an Ecco footwear store.


The uploader did not provide details about the duo's respective identities but the video is starting to get viewers' attention despite the lack of information.

It already got over 1,200 views after 72 hours and the number of hits is anticipated to increase in no time.

These talented kids deserve to be featured on TV! 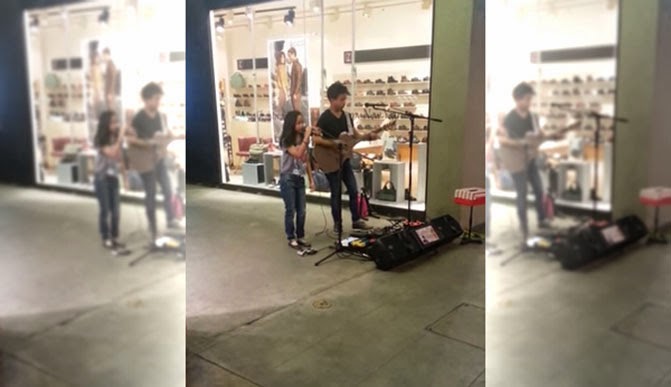