By Admin
January 10, 2015basketballnewssportsvideo
Utah Jazz forward Trevor Booker has made what is said to be NBA's shot of the year with a volleyball move during Friday's game against OKC.

The Jazz had 0.2 left before they can be called for a shot clock violation. Luckily during an in-bound pass, the ball bounced in his direction, he tapped it and miraculously up it went into the basket.

Some basketball fans challenged Booker to do it again sometime while others joked that he should have gone to a volleyball league instead of the NBA.

What a lucky shot! 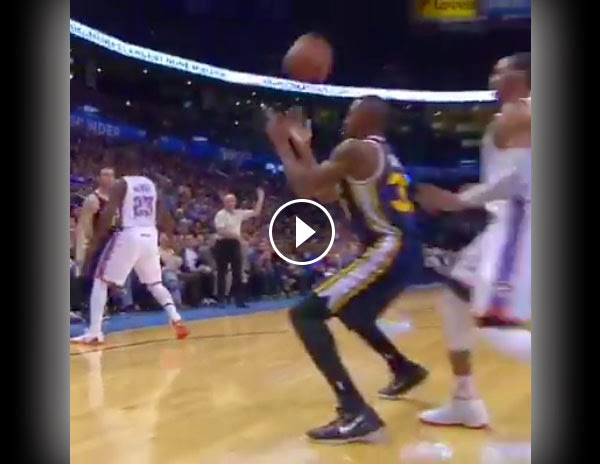