By Admin
January 28, 2015funnynews
A widower suffered injuries after the bed where he and his chubby girlfriend had sex collapsed. The accident happened in Montevista town.

Minda, a masseuse in Compostela, told SunStar Superbalita that the two sought her services after they fell from the bed made of bamboo slats in the middle of a romantic moment inside a nipa hut near a rice field. 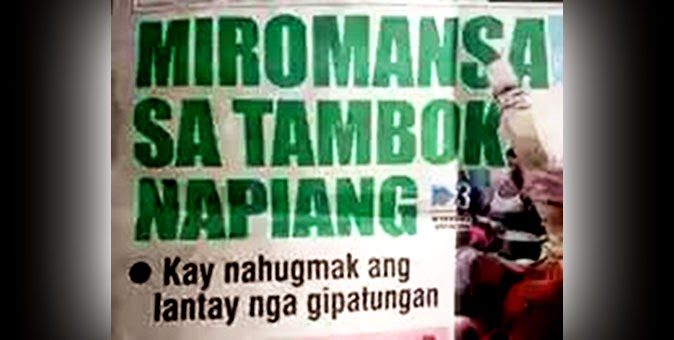 Due to their combined weight, the flooring made of old and brittle materials also gave way, she reportedly said.

The massage therapist shared that the widower broke his right arm and thigh while his girlfriend, herself a widow, sustained scratches and bruises on her arms and legs.

"Fortunately, they did not fall head-first," Minda said in vernacular. "It was the buttocks of the widower that landed first on the ground."

The minor injuries of the widower and his chubby girfriend are expected to be healed after a few weeks, she added.