Man Posts Photo of Dog He Ran Over, Gets Criticized

By Admin
January 17, 2015newsphotoviral
Furious netizens on social media slammed a man who proudly posted on Facebook a photo of a dead dog he ran over in the middle of the street. 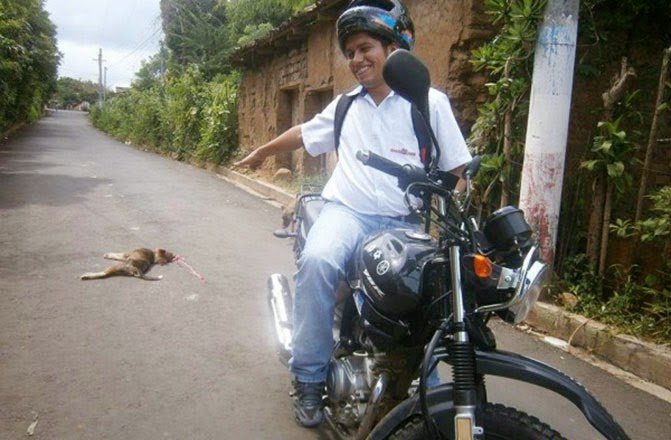 In a post created on PetitionHub, a certain Liz Robertson identified the suspect as Roby Ortiz Magana, who lives in Ahuachapan City in El Salvador.


She said Magana changed his profile name into Alessandro Anchelote and his address to Rome after he got "intense" messages from animal activists accusing him of animal cruelty.

"I think that he changed his name and location so people won't find him but he is still in El Salvador," Robertson said, adding that an animal foundation vouched that the suspected dog killer has not left the country for Italy.

The netizen appealed to others to sign her petition and urge the authorities to prosecute Magana and charge him of animal cruelty, saying that "he is an animal abuser and he must be punished for his deeds."