Father and daughter's jamming session, bonding will make you miss your dad
🔍

Father and daughter's jamming session, bonding will make you miss your dad

By Coolbuster
January 29, 2015Entertainmentvideoviral
A video featuring a father and daughter duet of Roberta Flack's "The Closer I Get To You" has gone viral. Watch their casual jamming session.

Krisel Morantte, a singer from Cainta, Rizal who currently works as a quality assurance specialist of Australian owned and operated company Dodo, sang lines of the 1978 romantic ballad while her dad was playing the guitar. She recorded the performance secretly.

"He didn't know I was filming it," Krisel, also known as Kr, posted January 21st on Facebook. "How could I not love my dad?"

Post by Kr Morantte.
The video immediately caught the attention of her friends and followers on the social networking site. As of 8 a.m on January 29, it already has 7,904 likes, 1,323 shares, and was viewed more than 164,600 times. A clip was also featured on ABS-CBN's morning show Umagang Kay Ganda (UKG) on Thursday.

Kr revealed that her dad, a former keyboardist of Sampaguita, the famous Filipino folk rock singer during the 1970s and 1980s, is "flexi(ble)" and can also perform songs from T.O.T.O. and Bruno Mars (wow!).

Netizens said they were envious of the bonding between Kr and her dad. Some even asked if the father-daughter duo could perform during birthdays and wedding occasions.

The viral video touched the hearts of viewers, many of whom said it makes them remember and miss their father badly.

And who wouldn't hum "the closer I get to you?" The lyrics just stick in the head, giving everyone who heard it a last song syndrome (LSS). 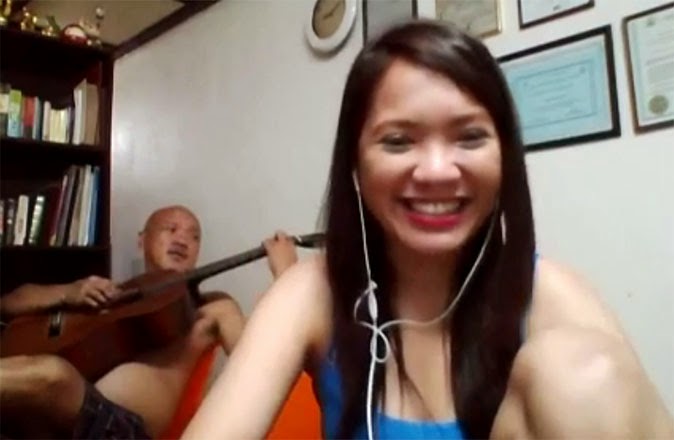