By Coolbuster
January 09, 2015news
A man has turned himself in amid a police crackdown of two suspects involved in the deadly and brutal Charlie Hebdo Paris newspaper attack.

It's unclear what his relationship is to French brothers Said and Cherif Kouachi, who were heavily armed when they stormed the publication's office while the staff was in an editorial meeting.

The satirical newspaper caricatured the Prophet Muhammad and has long drawn condemnation and threats from Muslims across nations for its depictions on Islam. 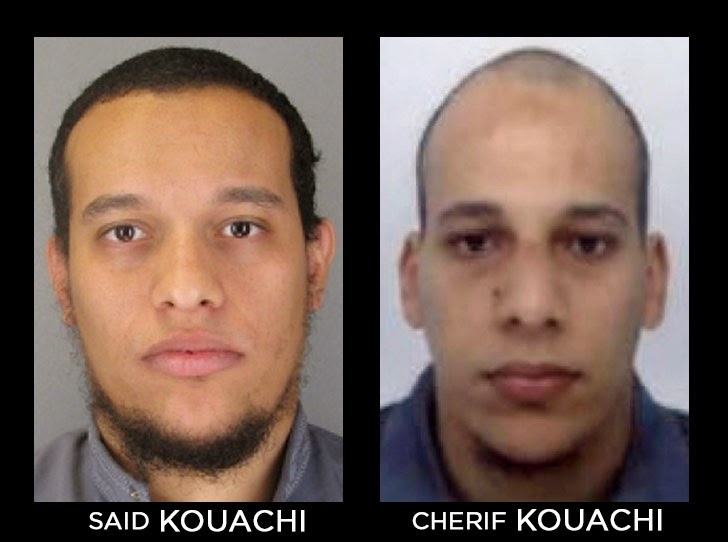 Shouting "Alahu akbar" or "God is great," the duo shot the paper's editor, Stephane Charbonnier, also known for his pen name Charb, and his police bodyguard first then fired at the other victims.

Initial investigation revealed that the attackers fled with a getaway car and collided with another vehicle before transferring to a stolen car to escape.

Various news sources said the manhunt has continued in the French capital on Thursday and troops have started searching for the Charlie Hebdo gunmen in a town where they were last spotted.

Paris is currently in a lockdown as authorities beef up security in strategic locations, reports said.

Police visibility has been increased in train stations, buildings of media organizations as well as in busy business areas where shopping stores are situated.

Schools have been placed on high alert. The ministry of education suspended trips and outdoor activities of teachers and students.