By Admin
January 13, 2015concertEntertainmentnews
American rock band Boyce Avenue will be coming to the Philippines on February 15 for a live concert at the SM Lanang Premier mall in Davao City.

A poster about the Valentine show is making rounds on Facebook. 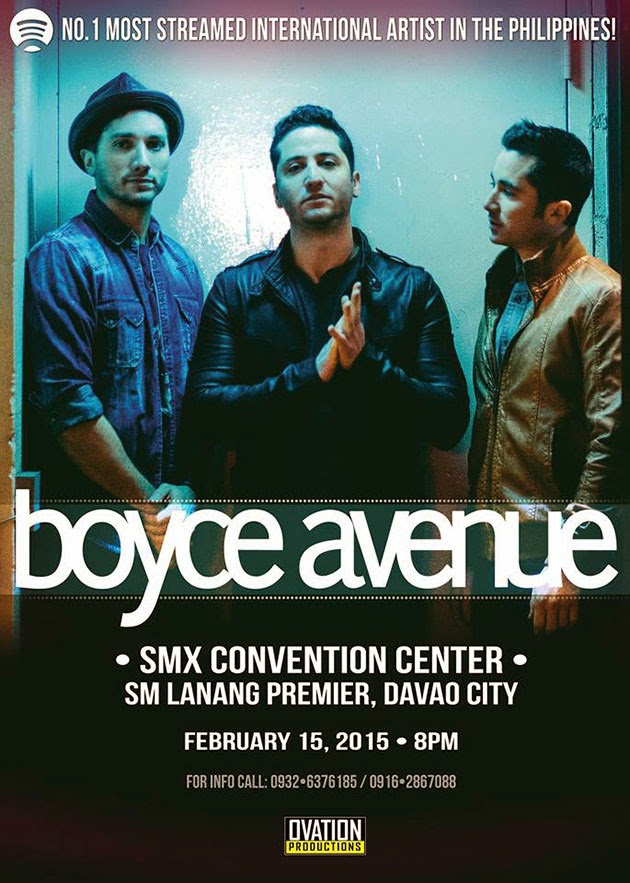 The "Boyce Avenue Live in Davao" Facebook page posted that tix will be available next week at SM Store customer service counter.

Amid suspicions, it also clarified that the surprise announcement is not a hoax.

"We would like to inform the public that this concert is not a hoax. Davao schedule will be put up tomorrow at the official website of ovation productions. Boyce avenue just confirmed this morning," the page posted. "You can confirm this with SMX Convention Center Office."

Boyce Avenue is composed of Alejandro Luis Manzano and his brothers Daniel Enrique and Fabian Rafael. The band releases original music as well as covers of contemporary and classic songs via their YouTube channel.

Prior to the Davao concert, they will be performing at the Smart Araneta Coliseum in Manila on February 14.