By Coolbuster
January 09, 2015news
Friday, January 9, 2015, is the Feast of the Black Nazarene in Manila. Here are news updates and the live stream video of the religious event.

"Parishioners still have to attend masses in their Churches. Live streaming was setup for those who, due to their illness, could not go to Mass; or those who, due to their locations, do not have Churches to go to," a post on the site explained. "Those who already went to mass may also view the live streaming, especially our devotees, to nourish their faith and devotion."

According to reports, millions flocked to the Philippine capital on Friday to participate in the annual "traslacion" or the procession of the religious image of the Black Nazarene, beginning from the Quirino Grandstand to the Quiapo Church.

The procession started past 8 a.m. after a religious service led by Manila Archbishop Luis Antonio Cardinal Tagle at 6 in the morning. The mulatto image of Jesus Christ is expected to reach the Minor Basilica around midnight on Friday or just before dawn on Saturday, January 10.

The Manila Disaster Risk Reduction and Management Office (MDRRMO) told the media that a member of the Hijos de Nazareno died of heart attack as the procession was about to start.

An MMDA medic reportedly identified the man as Rodrigo Gorion, who was brought to the Manila Doctors Hospital after he was found unconscious on the andas. The devotee was reportedly declared dead-on-arrival. 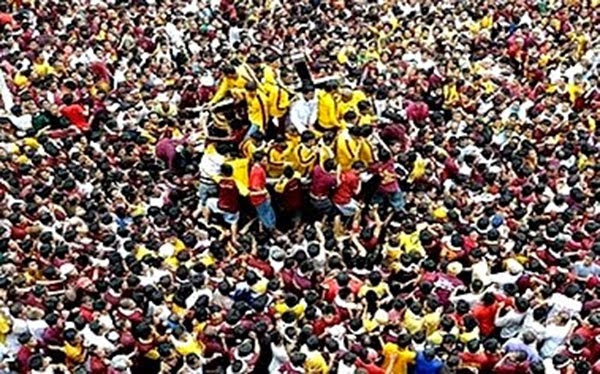