Woman Who 'Kidnaps Infants' After Applying as Babysitter Arrested

By Admin
January 11, 2015news
A woman who is accused of kidnapping infants after appyling as babysitter has been arrested by police authorities Saturday in Davao City.

Davao City mayor Rody Duterte can be seen in one of the pictures. 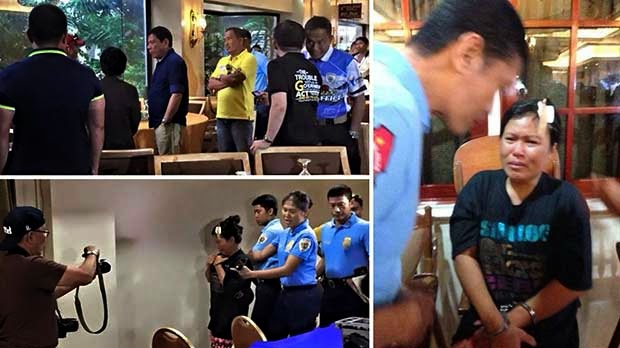 Citing one Mrk Rmrte, the netizen said the woman's alleged modus is to apply for a babysitting job, steals her ward, and then takes the baby's internal organs which she will sell.

The suspect, whose personal details have not been disclosed, was reportedly traced through her cellphone.