Why Taxi Drivers In Davao Are Well Disciplined

By Admin
December 11, 2014newsvideo
Here's the main reason why taxi drivers in Davao are far more disciplined that those in Metro Manila and other key areas in the Philippines.

Post by Una ka BAI!!!
Davao City mayor Rodrigo Duterte warned taxi drivers against pangongontrata (making a deal) instead of collecting the actual fare as charged in the taxi meter, not returning the exact change, and robbery.

In an interview with media, he said:

(Remember... your misbehavior... you are driving a taxi. The passengers are behind you. Just make sure that nothing can be used against you because all the time you are in the front seat. Perhaps the next thing they will [put] in your head is...

In Manila they spray something that will make the passenger dizzy. Don't do it here, you will really die.)

Duterte reportedly said taxi drivers should always think that if they make any foolishness, the information will surely reach him.

The video, which was posted last June, made rounds on Facebook this week amid the series of robbery-holdup incidents in Metro Manila involving taxi drivers. 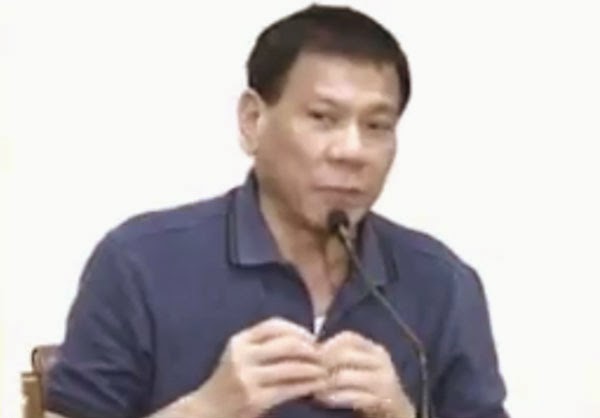