By Coolbuster
December 19, 2014animal welfarenewsphotosocial mediaviral
A woman from Ilocos Sur has been critized on social media after she posted photos of animals being burnt with a flamethrower Wednesday on Facebook. 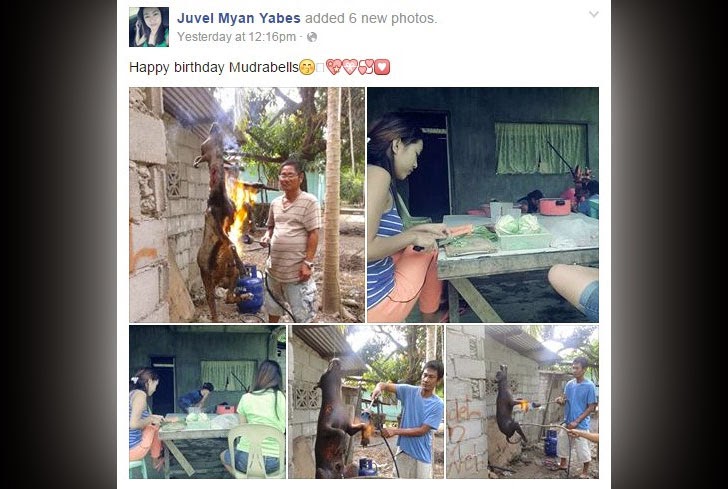 A story on The Filipino Scribe identified the woman as Juvel Myan Yabes, a resident of Sinait town. She posted the images last December 17 during a special occasion for her mother.

"Happy birthday Mudrabells," she greeted. Her post included several pictures of the food preparation and skinning of two animals, believed to be a goat and a dog based on the form of their body and feet. 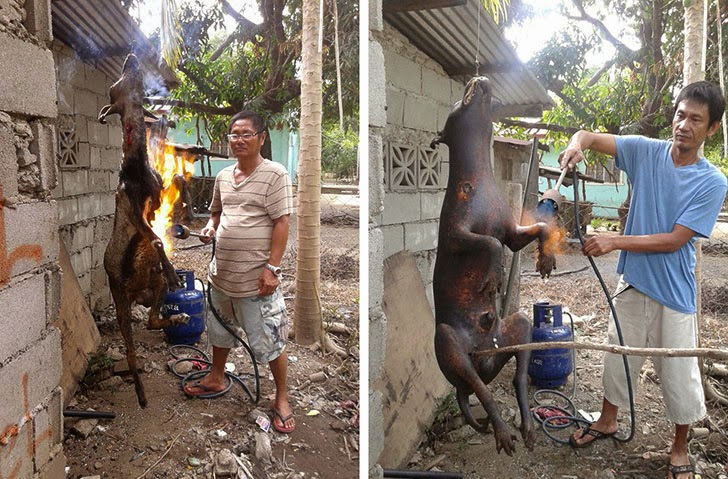 Republic Act 8485, also known as the Animal Welfare Act of 1998, states that it is unlawful to kill "any animal other than cattle, pigs, goats, sheep, poultry, rabbits, carabao, horse, deer and crocodiles" except in special circumstances like if the killing is being done for a scientific experiment, the blog noted.

Yabes apparently edited her post to delete the pictures of the burnt dog. Some netizens, who believed that it was an act of cruelty to animals, were quick to capture a screenshot which was later shared on Facebook pages of animal welfare organizations.

Images courtesy of The Filipino Scribe