"He's gone," the versatile actor posted on Twitter past 11 p.m. that night, according to Social Trends PH.

Vice Ganda's grandpa has been confined in an intensive care unit (ICU) due to failing organs, INQUIRER.net reported.

"He made sure I was number 1 before he left," he said in a follow-up tweet about an hour later, referring to his movie "The Amazing Praybeyt Benjamin."

The film is leading the box office race on the opening day of the 2014 Metro Manila Film Festival (MMFF), a report on ABS-CBN News stated.

Metropolitan Manila Development Authority (MMDA) chairman Francis Tolentino told the news outlet that they are expecting a 10% increase in ticket sales based on the turnout of viewers who went to theaters on Christmas day.

Tolentino did not disclose the official figures, but said Vice Ganda's movie is on top of the ranking at 3 p.m. last Thursday.

A quick search on related stories about the death of Vice Ganda's grandfather brought us to an intriguing comment posted by a netizen, who uses the handle "dfast," which says:

[The] grandpa has been on life support for a time already, maybe clinically dead na. it meant vice-ganda can decide to take off the life support at anytime and life will be shut off. well, obviously somebody made a decision to time the shut down of life support during the showing of a movie. some people can really go that low for added drama. hay showbiz! it is where you see all sorts of tricks. sana huwag ma-karma." 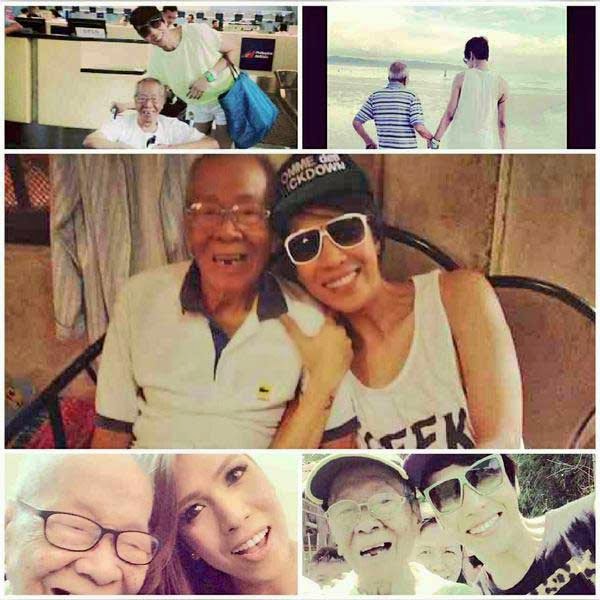 The hashtag #BeStrongViceGanda and term "Lolo Gonzalo" were among the top trending topics on Twitter nationwide on Friday.