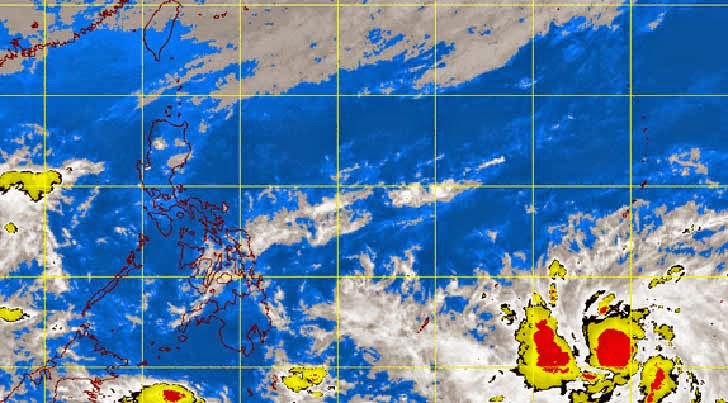 As of 4am Tuesday, December 2, the storm was spotted 2,485 kilometers East of Mindanao with maximum sustained winds of 75 kilometers per hour near the center and gustiness of 90 kph.

The US Navy's Joint Typhoon Warning Center (JTWC) said Hagupit was packing sustained winds of 101 kph (55 knots) as of 8am, Philippine Standard Time.

State forecaster Buddy Javier told ABS-CBN News that the storm was headed towards the eastern portion of the Philippines, but will possibly move towards Japan due to the High Pressure Area (HPA) northeast of the country and the strengthening of the northeast monsoon (Amihan) which brings cold winds.

"The most likely scenario for the Philippines is for the storm to re-curve towards Japan and avoid hitting the Philippine landmass due to the HPA, an anti-cyclone," Javier said, according to the news outlet.

However, ABS-CBN's Kim Atienza reported Monday night on TV Patrol that another scenario is that the storm will likely move towards Northern Mindanao and the Visayas region if the HPA weakens.

Javier apparently supports the report saying residents in the eastern side of the country should prepare for the possibility of Tropical Storm Hagupit making landfall.