By Coolbuster
December 19, 2014newssocial mediavideoviral
A fight between salesladies and three transgenders inside the Farmers Plaza in Cubao, Quezon City was caught on video that's making rounds online.

In it, one of the customer service crew is seen having an altercation with a gay. They are exchanging harsh words as the heated conversation transpires.

The real reason or the root cause of the fight is unknown but, apparently, the opposing sides live in the same neighborhood and were already having personal grudges toward one another before the confrontation took place.

The fight erupted when one of the saleslady's colleagues, who appears to be annoyed by the loud voices, joined in and told one of the gay men to just report her co-worker to the store admin.

The sound of broken glasses can be heard in the video, which was posted on YouTube by a certain Matteo Menesis earlier this month.

Although the video did not make its way on mainstream media, it already garnered over 45,000 views as of this posting.

The documented clash sparked a debate among netizens with members of the LGBT (lesbian, gay, bisexual and transgender) community participating in the discussions.

The following is a screenshot of some comments that make sense: 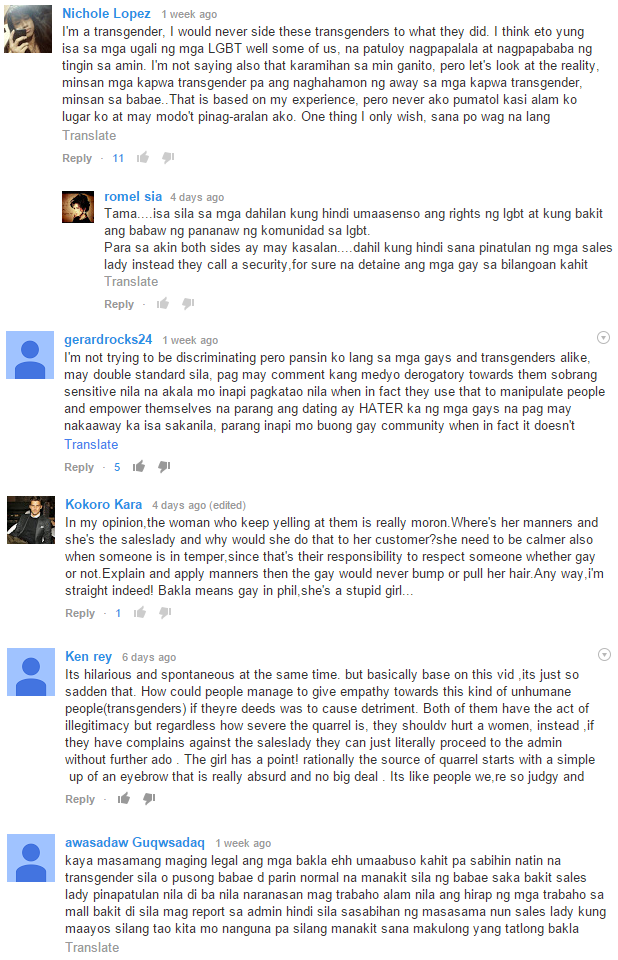