By Admin
December 29, 2014Financenews
Philippines is set to phase out old peso bills as the country's central bank starts the demonetization of banknotes beginning next year.

Here's a news release from the Bangko Sentral ng Pilipinas:

The Bangko Sentral ng Pilipinas (BSP) announces today the start of the demonetization process on 1 January 2015 for the old banknotes (New Design Series, NDS) as part of its objective to preserve the integrity of Philippine currency. This move is in line with the provisions of Section 57 of Republic Act No. 7653, otherwise known as the New Central Bank Act, which authorizes the BSP to replace banknotes that are more than 5 years old. The NDS banknotes have been in circulation for almost three decades.

The public is advised of the following important information:
The demonetization of the NDS will result in the circulation of a single currency series in the country – the NGC Series. The NGC banknotes which were issued on 16 December 2010 use new and enhanced security features to protect the safety of the public against counterfeiters. 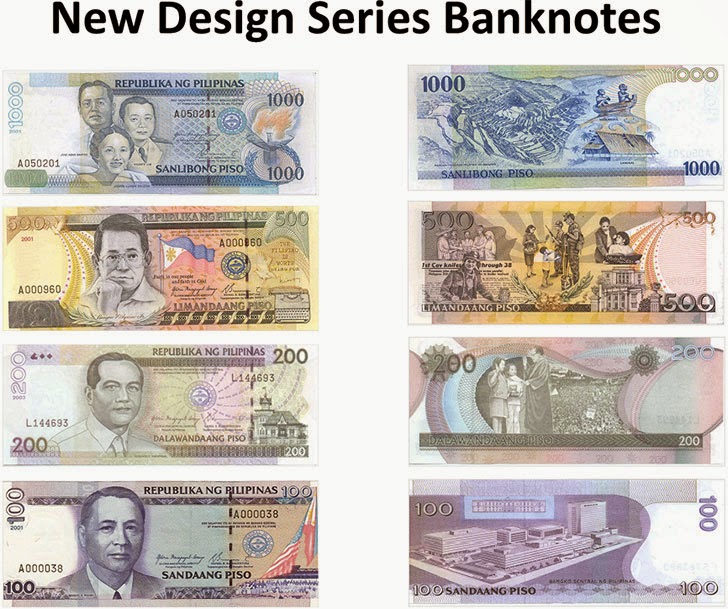 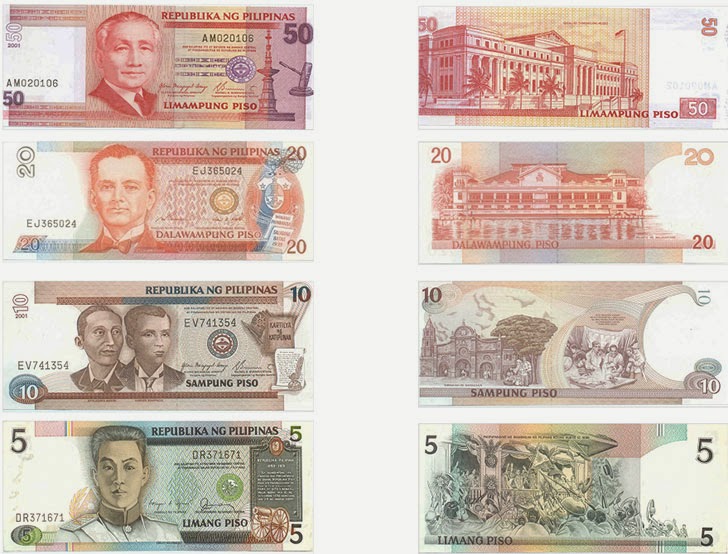 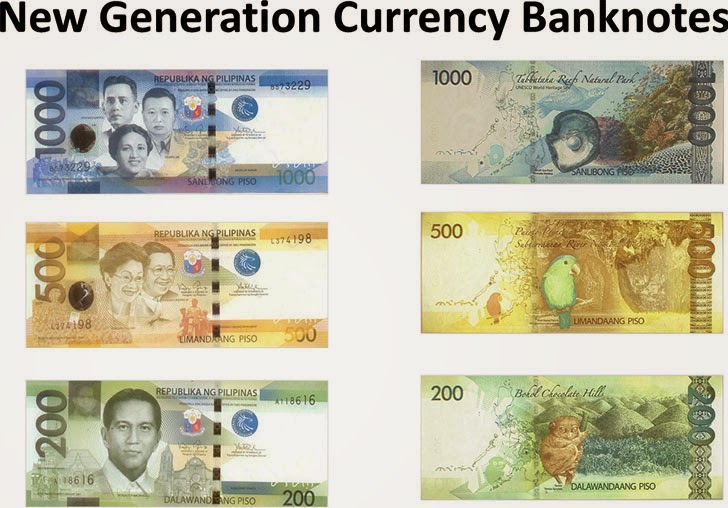 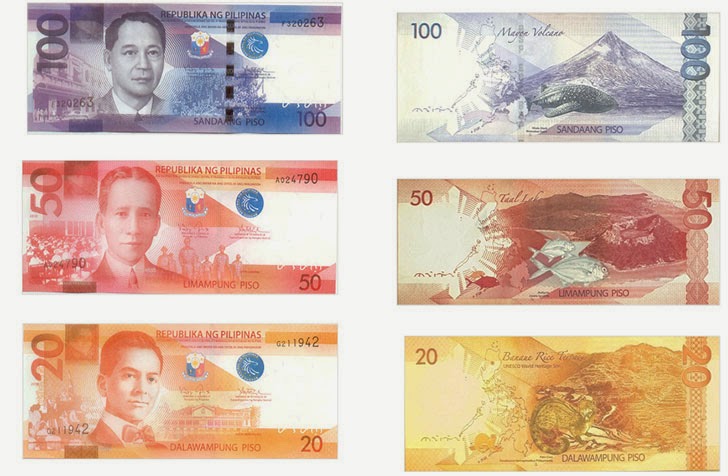