By Coolbuster
December 30, 2014newsvideo
The debris and floating bodies found Tuesday afternoon is from the missing plane QZ8501, low-cost airline AirAsia confirmed in a statement.

SURABAYA, 30TH DECEMBER 2014 – AirAsia Indonesia regrets to inform that The National Search and Rescue Agency Republic of Indonesia (BASARNAS) today confirmed that the debris found earlier today is indeed from QZ8501, the flight that had lost contact with air traffic control on the morning of 28th.

The debris of the aircraft was found in the Karimata Strait around 110 nautical miles south west from Pangkalan Bun. The aircraft was an Airbus A320-200 with the registration number PK-AXC. There were 155 passengers on board, with 137 adults, 17 children and 1 infant. Also on board were 2 pilots, 4 cabin crews and one engineer.

At the present time, search and rescue operations are still in progress and further investigation of the debris found at the location is still underway. AirAsia Indonesia employees have been sent to the site and will be fully cooperating with BASARNAS, National Transportation Safety Committee (NTSC), and relevant authorities on the investigation.

Sunu Widyatmoko, Chief Executive Officer of AirAsia Indonesia said: “We are sorry to be here today under these tragic circumstances. We would like to extend our sincere sympathies to the family and friends of those on board QZ8501. Our sympathies also go out to the families of our dear colleagues.”

Tony Fernandes, Group Chief Executive Officer of AirAsia added: “I am absolutely devastated. This is a very difficult moment for all of us at AirAsia as we await further developments of the search and rescue operations but our first priority now is the wellbeing of the family members of those onboard QZ8501.”

AirAsia Indonesia will be inviting family members to Surabaya, where a dedicated team of care providers will be assigned to each family to ensure that all of their needs are met. Counsellors, religious and spiritual personnel have also been invited to the family center to provide any necessary services.

Further information will be released as soon as it becomes available. An emergency call centre has been established and available for families seeking information. Family members of QZ8501, please contact:

Our thoughts and prayers remain with the families and friends of our passengers and colleagues on board QZ8501."

According to reports, the Indonesian Navy said it has so far retrieved at least 40 bodies from the water, which is several kilometers away from the location where the ill-fated plane was seen on the radar.

The remains found in the search area will be sent to Surabaya for identification, a high-ranking Indonesian police official reportedly said.

More reports can be read here.

The AirAsia flight QZ8501 went missing Sunday after the Indonesia air traffic control (ATC) lost contact with the plane with 162 people aboard, around an hour after it took off Juanda International Airport at 5:35 am local time. 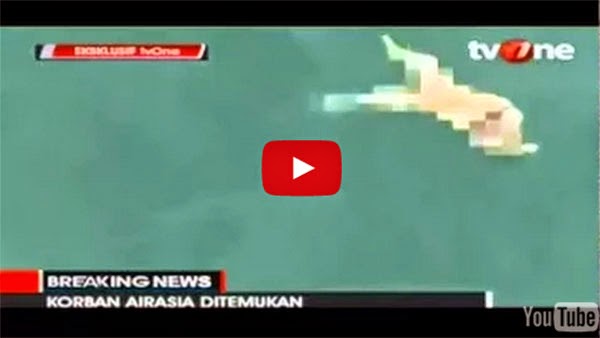