A commuter took a picture of Sec. Mar Roxas who rode the MRT yesterday to avoid the usual Friday pay day traffic jam. This was between Buendia station and Quezon ave.

Some netizens and bloggers asked if the person who took the photo of the cabinet member riding the MRT train was really a commuter.

Many suspect that the picture was just snapped by one of his aides and uploaded it in the internet as part of his political propaganda.

Mar Roxas is said to be running for president in the 2016 elections. 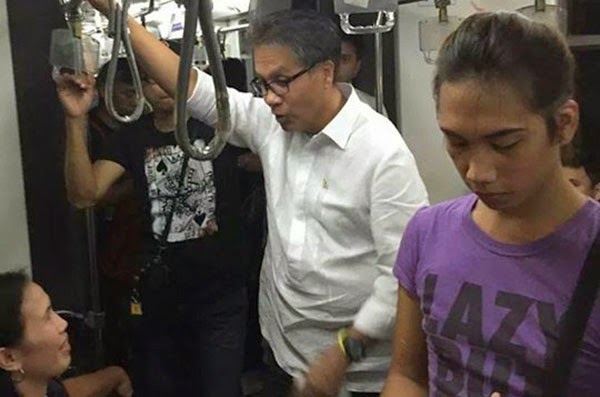