By Admin
December 17, 2014newsphotosocial mediaviralWedding
A spooky ghost-like figure was captured in a photo during the garden wedding of actress Neri Naig and Parokya Ni Edgar frontman Chito Miranda.

Post by Universal Records Philippines.
According to a report aired Wednesday on ABS-CBN's morning show Umagang Kay Ganda (UKG), the ghostly image looked like a man wearing a white barong and was standing just a few feet away from the newlyweds while they were slicing the wedding cake during the reception.

The eerie picture was reportedly posted on social media and has gone viral over the weekend.

The celebrity couple exchanged "I Do's" for the second time in a garden wedding at Angelfields Sanctuary in Tagaytay City last December 14, a day after they tied the knot in a civil ceremony at Vask restaurant in Taguig.

Some of Chito and Neri's friends from the entertainment industry also witnessed the marital rites. 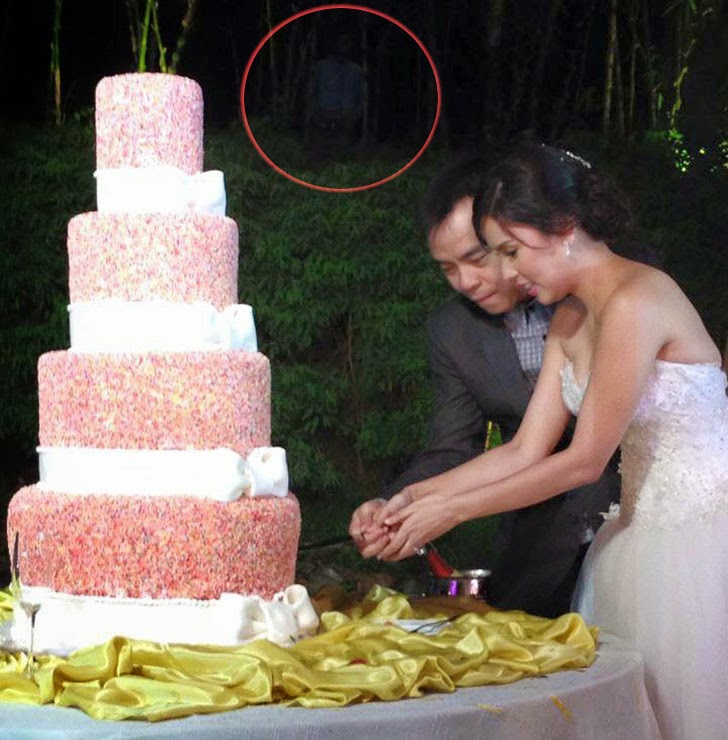