By Coolbuster
December 12, 2014newsphoto
One man is reported dead while a truck full of sugar cane was burned during an ambush in Bukidnon province Friday morning, December 12. 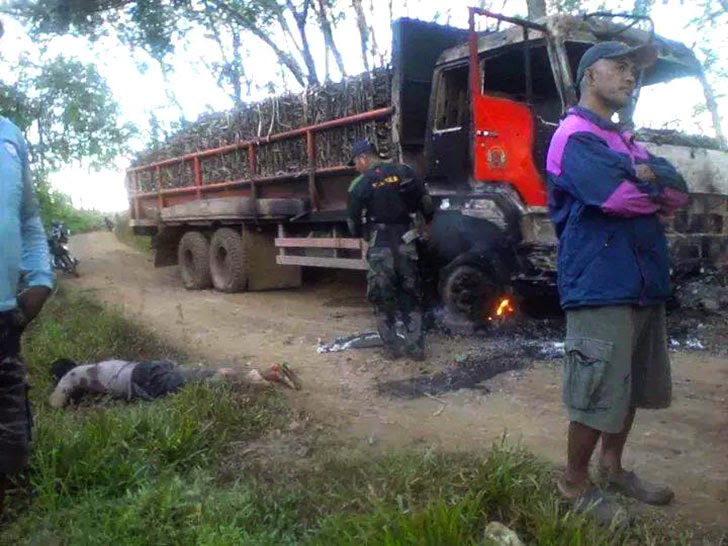 A certain Jelly Ace, who uploaded a ‎photo of the crime scene on the Facebook group City of Waterfalls - Iligan City, posted that the incident took place in Maramag.

It is the same town where a bomb exploded inside a passenger bus near the Central Mindanao University on Tuesday afternoon, leaving at least 10 people dead and 41 others injured.

"Correction lang this is not in Maramag Bukidnon. It [happened] early dawn today at Don Carlos Bukidnon the said truck is carrying Sugar cane confirm 1 dead and they burned the truck. I called my friend in bukidnon to confirm this matter [confirmed] its in Don Carlos Bukidnon tnx," Cabe said.

The casualty remains unidentified as of this posting. Many believe that extortion is the motive of the Bukidnon ambush.