Post by Boss Emer.
Hiroshi, likewise called by his friends as Meiji, is said to be living in Japan. He caught the attention of netizens after posting a video that show's him crying while asking for an apology from his supposed ex-girlfriend, "baby."

Many believe that the person he is referring to in the video, which garnered over 700 shares and 19,000 views as of noontime Monday, is "imaginary."

Others think that he is getting insane due to depression caused by a failed relationship, but someone commented that he is doing fine and only "acting" to get media attention.

In his videos, "Boy Sparta" usually tackles relationships, sex, and how he hates criminals, rapists, as well as "muslim extremists."

Bashers compared him to Shane Marie, also known as Rosemarie Catidral and Hanna Nicole Sy Bahinting, the alleged Pinay maid in Dubai (others said she works in Qudaih, a small city in the province of Ash Sharqīyah in the Kingdom of Saudi Arabia), who became a trending topic on social media and blogs after she reportedly offered a P20,000 contract to any "tall, fair-skinned and handsome man" who can impregnate her when she comes home to the Philippines.

Some netizens think Hiroshi needs professional help from a psychiatrist. However, critics have been told by his supporters to just leave him alone because he entertains people and isn't hurting anyone. 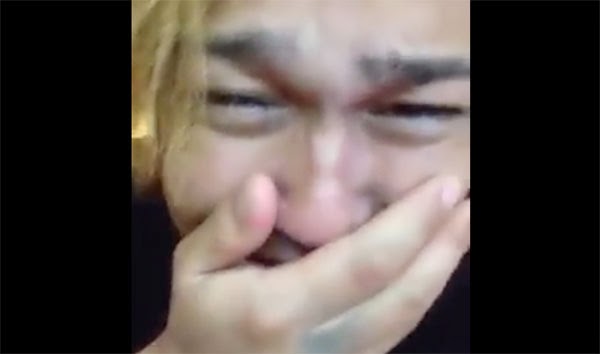