By Coolbuster
December 05, 2014newsvideoviral story
This is the story of American citizen Bob Kotan who was left by his Filipina wife. He is pleading for Gina to come home. Watch this video.

Post by Nikkie Garcia.
Based on the information provided on Facebook, Bob is 59 years old and his wife's name is Zenny "Gina" Ollada. They have a son, KC James Kotan.

Bob has a daughter who lives in Chicago Illinois, named Priscilla Kotan. Her contact number is 708 349 6850.

While some netizens accused Bob's wife of leaving him with empty pockets, we received information that Bob was allegedly addicted to drugs and abusive to his wife, the reason why she left him.

It can be seen in the video that Bob is asking for apology for "the bad things" he did. He pleads for Gina to be with him again as he promises to change for the better. He mentioned "break up" and an "apartment in Solano," which is believed to be in Nueva Vizcaya.

Nickie Garcia, the video uploader, saw Bob at Kalaw Street near Roxas Boulevard. She said that according to Bob, he's been wandering and sleeping in sidewalks for six weeks now.

The location where he was spotted is near the US Embassy. Some said Bob already went there, but was apparently unable to avail assistance because he is already overstaying in the country. 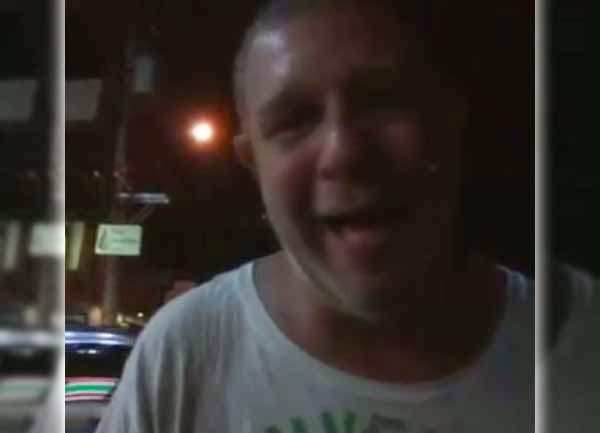