By Coolbuster
December 04, 2014newsweather forecast
Bagyong Ruby has intensified into a super typhoon Thursday morning, December 4, based on the report by the US Navy's Joint Typhoon Warning Center. 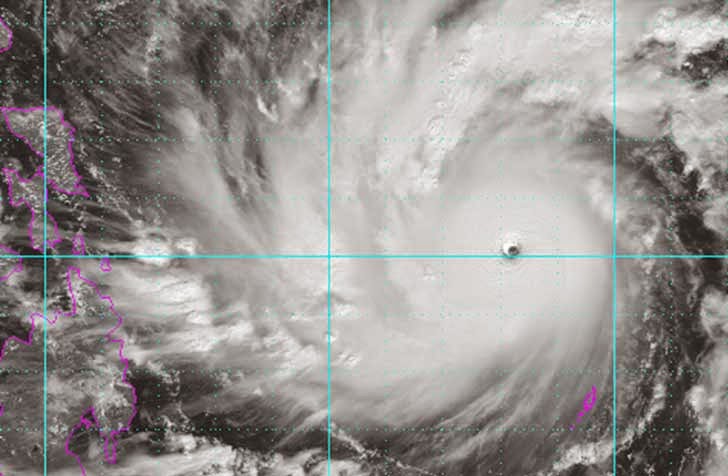 In its 2 a.m. update, the JTWC indicated that Super Typhoon Ruby, internationally codenamed Hagupit, packs sustained winds of 130 knots or 240 kilometers per hour and gustiness of 160 knots or 296 kph.

At 11 a.m., satellite estimates suggest that Super Typhoon Ruby has winds of 155 knots or 285 kph. It is a "very powerful Cat 5" typhoon, according to iCyclone, a Facebook page created by stormchasers.

Category 5 typhoons are "tropical cyclones that reach Category 5 intensity on the Saffir-Simpson Hurricane Scale" which are, by definition, "the strongest hurricanes that can form on planet Earth."

"The JTWC estimates that YOLANDA's winds were 170 knots (315 km/hr) at peak intensity and 165 knots (305 km/hr) when it crossed the Leyte coast," the page administrator commented. "YOLANDA was stronger."

The page also posted the following advise for residents in areas that are expected to be hit by Bagyong Ruby:

Very few people would have died in YOLANDA if they understood that a typhoon's storm surge is like a tsunami-- the ocean rises up and comes onto land. Even if you're in the path of RUBY, you'll be OK if you ride out the storm in a strong (concrete) building that's at least 10 meters above sea level. So, it's very simple: STRONG BUILDING ON HIGH GROUND. This is all you need to know, and all your loved ones need to know. AS LONG AS EVERYONE UNDERSTANDS THIS AND ACTS ACCORDINGLY, THERE WILL BE VERY FEW DEATHS.

Earlier, state weather bureau PAGASA said Ruby may bring a storm surge of about 3 to 4 meters (over 13 feet) high, which is equivalent to one and a half floors of a house.

In its latest bulletin, state forecasters said that as of 10 a.m. Thursday, the eye of Super Typhoon Ruby (Hagupit) was spotted 860 km East of Surigao City, packing maximum sustained winds of 195 kph near the center and gust of up to 230 kph.