By Admin
November 23, 2014Entertainmentnewsvideoviral
An entertaining video of a talented native, who creates strange noises using his throat and mouth while drumming on scrap tin cans, has gone viral.

The page identified him as a member of the indigenous ethnic group called Badjao, but several commenters clarified that he is a moro native who lives in Sitio Biao, Barangay Cogon in Digos City, Davao Del Sur. Some said he frequents the Digos Park to perform.

In the video, the young native makes beatbox-like sounds and accompanies it with his improvised drums to produce lively music similar to the ones used in "budots," the dance craze popularized by comedian-actor and Pinoy Big Brother Celebrity Edition 2 big winner Ruben Gonzaga.

The video has already garnered thousands of likes and shares on the social networking site. People have been encouraging the young man to join reality-based talent search shows on television such as Talentadong Pinoy, Pilipinas Got Talent, and "Magpasikat" on It's Showtime.

Amazed by his video, a netizen expressed interest to invite the talented native to perform in their upcoming Christmas party. 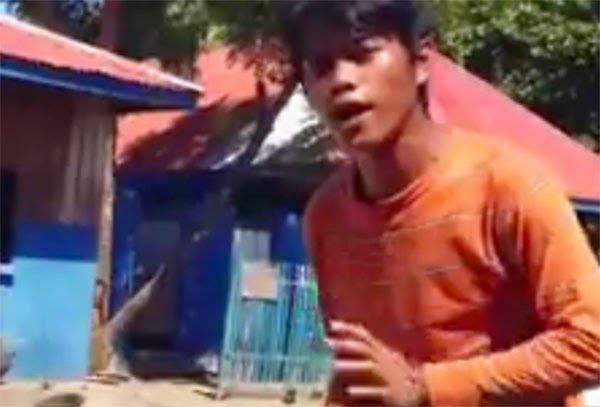