By Coolbuster
November 24, 2014boxingnewssports
Netizens are clamoring for a Manny Pacquiao vs Floyd Mayweather Jr. match next year after the Filipino boxing icon defeated Chris Algieri.

Immediately after Sunday's lopsided match, demands for a Pacquiao-Mayweather fight flooded on social media, with several sports and showbiz personalities joining the call.

I'll say it again: NO WAY FLOYD MAYWEATHER JR. WILL FIGHT MANNY PACQUIAO BECAUSE HE'S AFRAID HE WOULD LOSE AND GET HURT.
— Skip Bayless (@RealSkipBayless) November 23, 2014

Pacquiao successfully defended his WBO welterweight title against the younger and taller American foe at the Cotai Arena in Macau, China on November 23.

During a post-fight interview, the Sarangani representative was unable to contain his excitement when asked if he's willing to fight Mayweather. He said: "He's going to fight me? Yes!" But after a brief moment he uttered seriously: "I'm ready to fight him next year."

The Pacman added that his fight with Mayweather should finally take place as boxing fans around the world "deserve that fight."

In a radio interview Sunday afternoon, veteran boxing analyst Ed Tolentino said the Manny Pacquiao vs Floyd Mayweather Jr. match "has to happen for the sake of the legacies of both boxers." 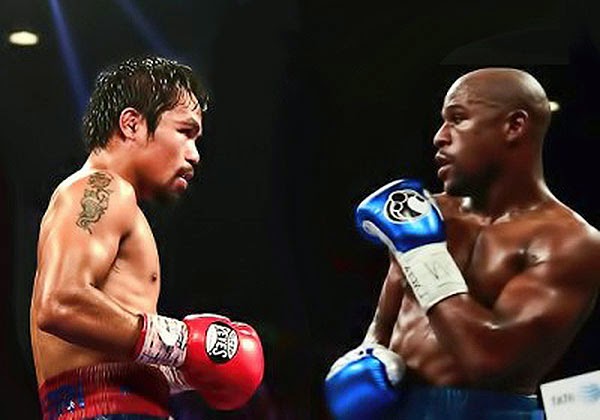