By Admin
November 16, 2014newsphotoviral
Police have arrested and taken into custody the suspect who allegedly raped and killed an 8-year-old girl in a creek in Biñan, Laguna last week.

The boy, whose identity has not been disclosed as he is believed to be a minor, became the primary suspect in the crime after a CCTv footage allegedly captured him taking the victim for a bicycle ride.

The girl, identified as April Erispe, was found dead in a creek at Barangay Zapote in said town on November 9, GMA News reported.

According to her mother, Gretel, the victim asked permission to play with friends outside but had failed to return home. She got worried after hearing news from the neighboring barangay that a lifeless body of a girl was discovered at the creek.

A photo of the victim, said to be posted by her foster sister, is currently making rounds and going viral on Facebook. 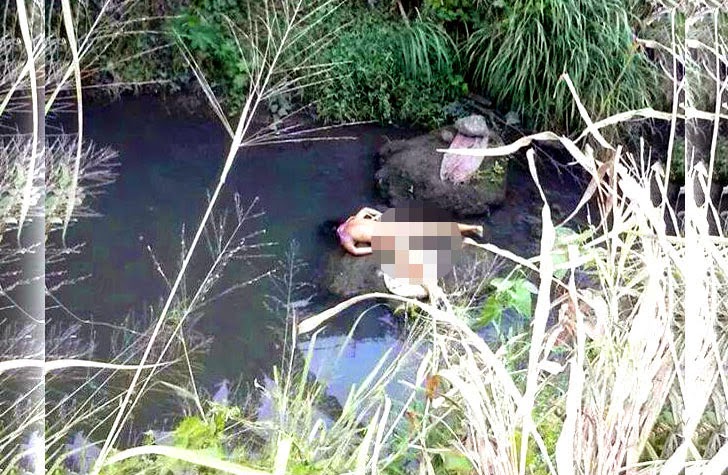 After seeing the disturbing image, netizens called on the government to bring back the death penalty as capital punishment for heinous crimes such as rape and murder. Some criticised the Catholic Bishops Conference of the Philippines (CBCP) for opposing efforts to restore it.