By Admin
November 12, 2014cover photoEntertainmentmagazinenewsviral
Kim Kardashian showed her back side in the cover photo of Paper magazine to "break the internet." Observers said she looked "overly-photoshopped." 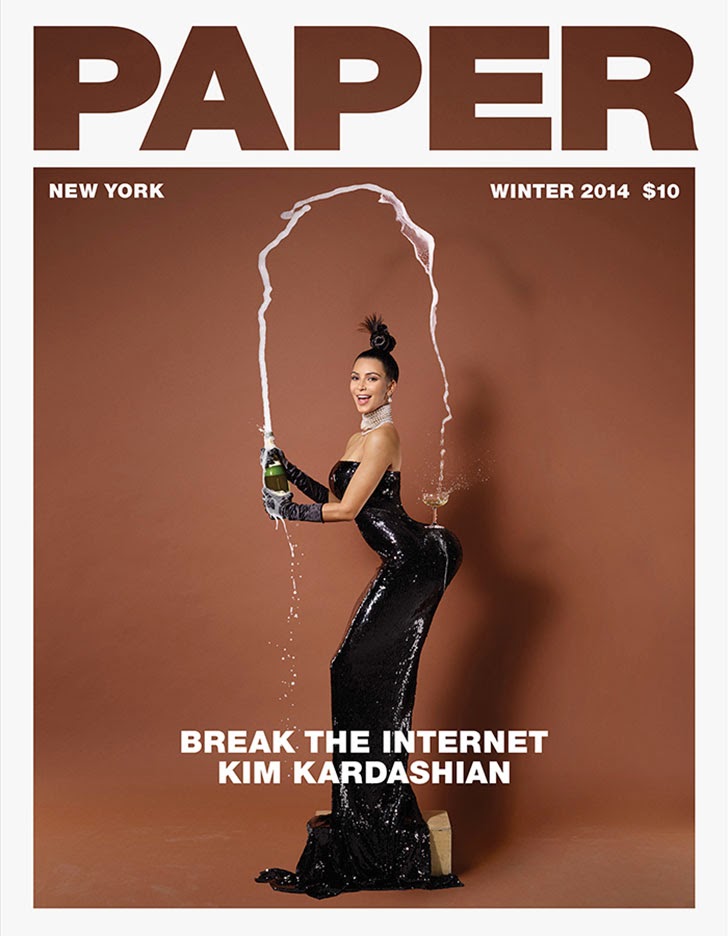 "For our winter issue, we gave ourselves one assignment: Break The Internet. There is no other person that we can think of who is up to the task than one Kim Kardashian West," the publication posted on its website, describing the reality star as "A pop culture fascination able to generate headlines just by leaving her house, Kim is what makes the web tick."

The image above is not the one being referred to in the summary, but for a reason it's been preferred not to attach the controversial and viral photo that shows Kim's famous behind.

Fans said they love the image being shared on Twitter while bashers criticized the cover photo saying the editing particularly on her waist was just "too much." She didn't mind the negative criticisms though and only updated her more than 25 million followers with this tweet:

And they say I didn't have a talent...try balancing a champagne glass on your ass LOL #BreakTheInternet #PaperMagazine
— Kim Kardashian West (@KimKardashian) November 12, 2014