By Coolbuster
November 26, 2014newsvideoviral
An alleged black horse was caught on video flying in the skies of Jeddah as thunder and lightning struck the city in the Kingdom of Saudi Arabia.

The video was posted on Facebook by a certain Angel Louise Dela Cruz on Tuesday, November 25.

In it, a figure that looks like a low-flying dark horse is seen amid a stormy weather. Several people are heard screaming "Allahu Akbar" in the background.

The Islamic phrase, called Takbir in Arabic, means "God is the greatest."

It seems those people were praying because in Arab countries, an appearance of a mysterious black horse is a bad omen, which means something unpleasant is about to happen. Some said it is a sign that the end of the world is coming.

Netizens said the authenticity of the viral video is in question. 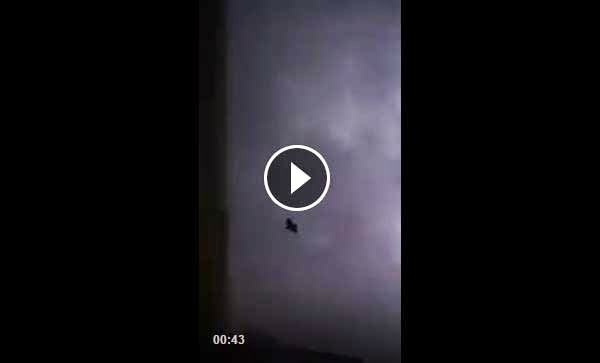