By Admin
November 04, 2014newsphotoviral
The video and photos showing the remains of a boy which were recovered from the stomach of a crocodile that ate him alive have gone viral. 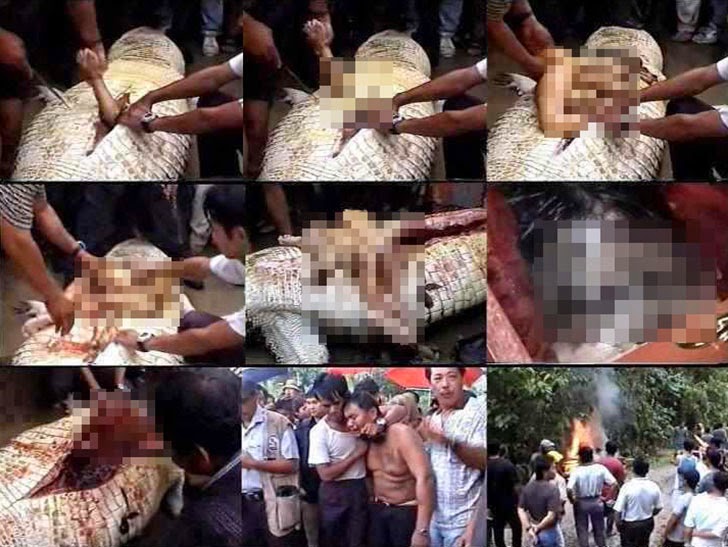 It was found out that the horrible incident took place in Papua New Guinea in mid-May this year.

Reports said the 11-year-old child, identified as Melas Mero, was fishing with his parents on the banks of the Siloura River when a crocodile swept him with its powerful tail before attacking him.

His hands, legs, and other body parts were found inside the crocodile's tummy after it was killed by police. A video report can be viewed on this YouTube page.

So why are these images making rounds online six months after the news broke?

It was discovered that a photo collage of the incident was used by a certain Ricky Arceno, apparently a showbiz aspirant from Surigao, who promised to post the video on his wall to gain more followers. 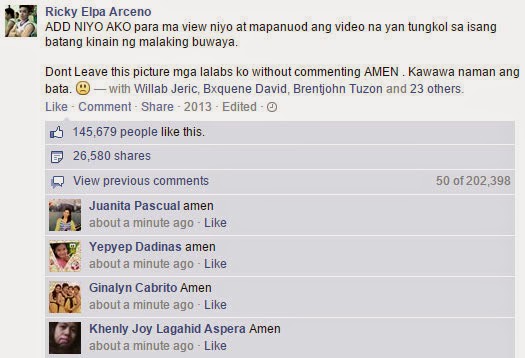 To date, the photos continue to grab netizens' attention.