By Admin
November 13, 2014newsphotoviral
In photo: A baby girl who is said to be Cebu Pacific's "cutest flight attendant." She will meet you at the airport with a sweet smile. 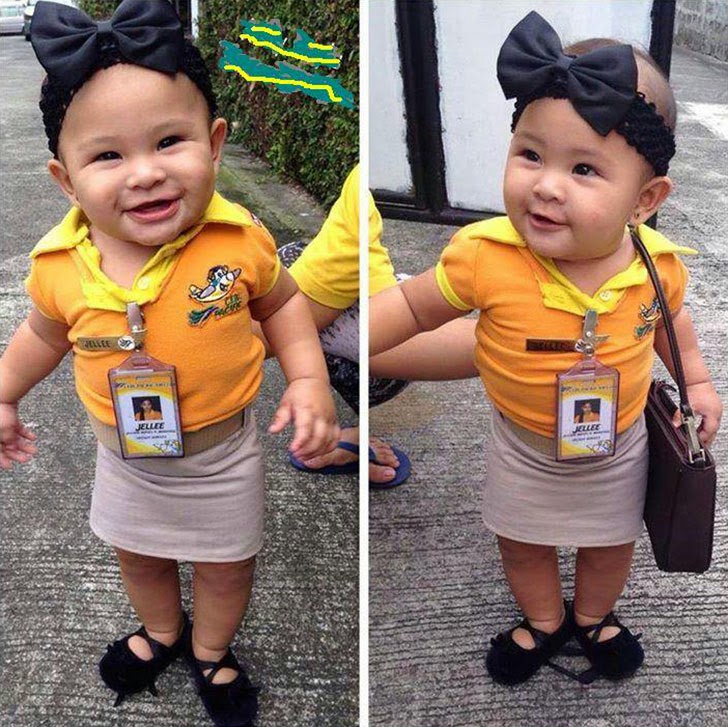 The photo, which is starting to grab everyone's attention on Facebook, was posted by Cagayan de Oro City's popular social media and radio personality Ian Huerbana. In the caption, he said the baby is "ready for duty at Laguindingan International Airport."

In it, the baby girl wears what appears to be the airline's uniform complete with identification card and name tag that says "JELLEE," believed to be her mom.

We tried to reach Cebu Pacific through the company's official Facebook page to confirm if it's part of a promotional activity but our inquiry has not been returned.